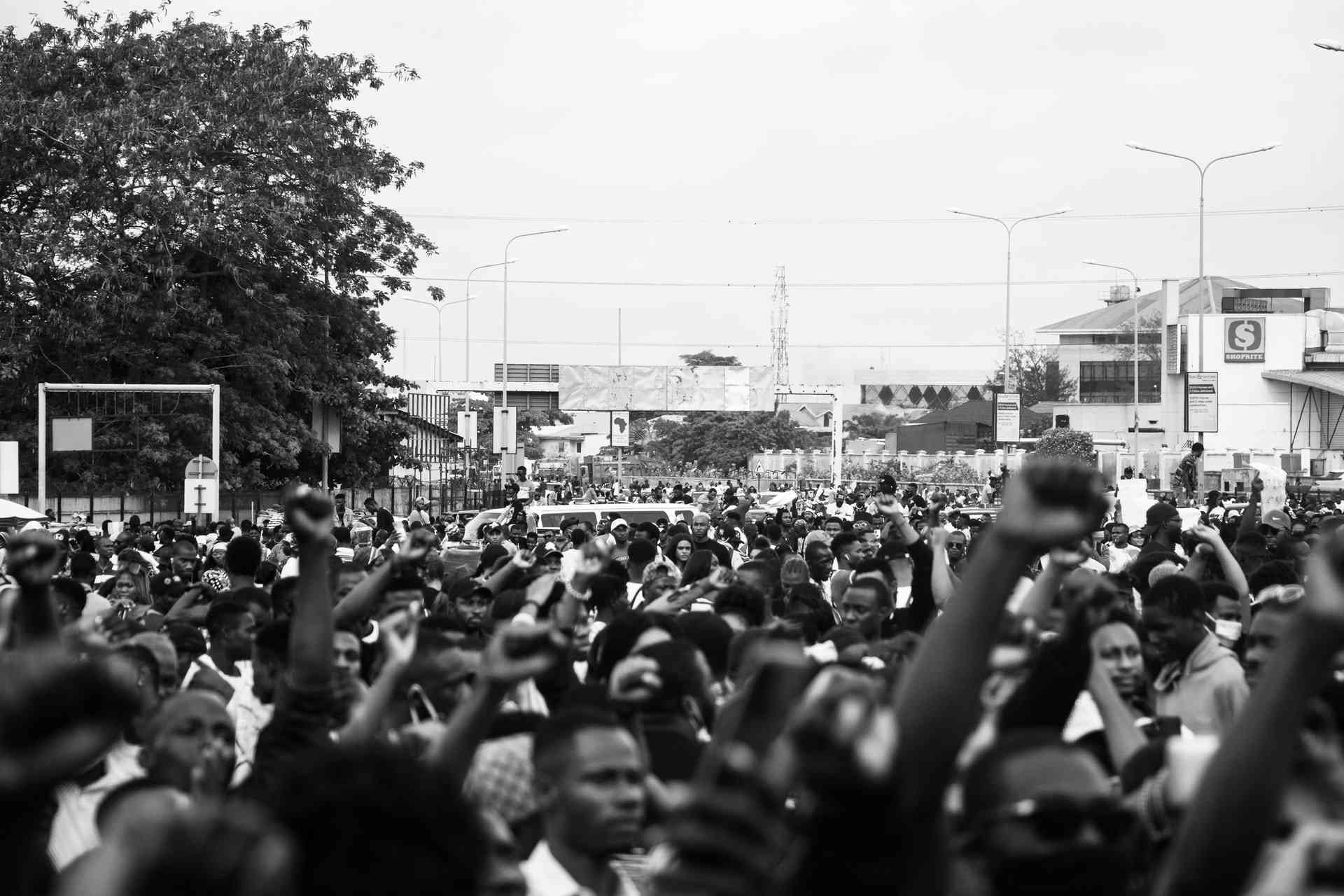 The Fate of the Nigerian Student

Given the current country's state, preceded by the incompletely resolved case of coronavirus and continued strike that has kept the students at home for the past 8 months and the ongoing case of protest now leading to the deaths of many, it begs the question: What is the fate of the Nigerian student?

The year 2020 would be a time in history that would never be forgotten in a hurry. The events of this year alone seems to have beclouded all the events of the preceeding hundred years, a fair exaggeration.

This year has ushered in the rise and fall of many; Unknown businessmen have become billionaires in the space of a few months and many have lost jobs and means of livelihood within this same period, rendering them incapable of feeding their families.

The wake of the Coronavirus pandemic, with an epic debut in December last year(2019) set up the stage for this epoch marking event. A number of countries are yet to recover from it while others are undergoing a second stage of lockdown.

In Nigeria, the situation is not pleasant at all. The emergence of the pandemic has caused a lot of disruption that would take time and a lot of efforts to adjust to normal - if normalcy could ever return.

Various sectors where affect by this out break. The worst hit asides the economy, is the educational sector.

The government, in the month of March in view of these, had ordered the closure of all school nationwide in a bid to curb the spread of the virus. However, cases of covid-19 continue to be reported, in some cases, increased.

Several months later, as the clamours for students' return to school began to gain ground, the lockdown was lifted and precautionary measures and guidelines to prevent further spread of the virus were given by the government's National Center for Disease Control (NCDC), that institutions were mandated to follow if they were to resume session.

Till now, however, there seems to be continously dashed hopes of an actual resumption as the tertiary institutions continue to receive deadly blows with respect to the widespread effects.

In February 2020, the Academic Staff Union of Universities, ASUU had embarked on a two-week warning strike to pressure the government to meet with their demands. The two weeks elapsed and the government flinched not a muscle. This led to the embarkment of an indefinite strike by the association with a blatant refusal to back down till its demands are met.

Eight months has elapsed with the association's demands yet to be met despite an seemingly unending series of meetings with the government.

The entire turn of events has affected students academically, financially and psychologically. The long absence from the school environment ended whatever enthusiasm for study that existed in them. This is with a deliberate omission of a largely failed educational system.

Those with businesses largely dependent on the school environment have found themselves at a loss, many more going through psychological trauma as there have been cases of rape, abuse and maltreatment even from family members.

Despite these happenings is an awakening ushered by the month of October in a form the nation has never witnessed in its 60 years of declaration of independence or a 106 year-old amalgamation.

Videos released online showing the excesses of  members of a police unit known as the Special Anti-Robbery Squad sparked outrage in the youths leading to a series of a peaceful protest nationwide.

#EndSARS, a protest against police brutality and extra judicial killings, has gained momentum with Nigerians in America, Europe and Australia joining the peaceful protest, asking the government to reform the police as well as restructure the country.

The peaceful protest went sour when thugs attacked protesters, harming some and destroying properties in Abuja and other states in the country leading to deaths of many and the destruction of properties by hoodlums.

The violence entered its peak on a date which would enter history as being grim and filled with sorrow. An ominous date tagged: 20-10-20

Note: This post is in progress as a series and would be updated as key events take place such as the current strike which has a direct influence on students and academic activities. 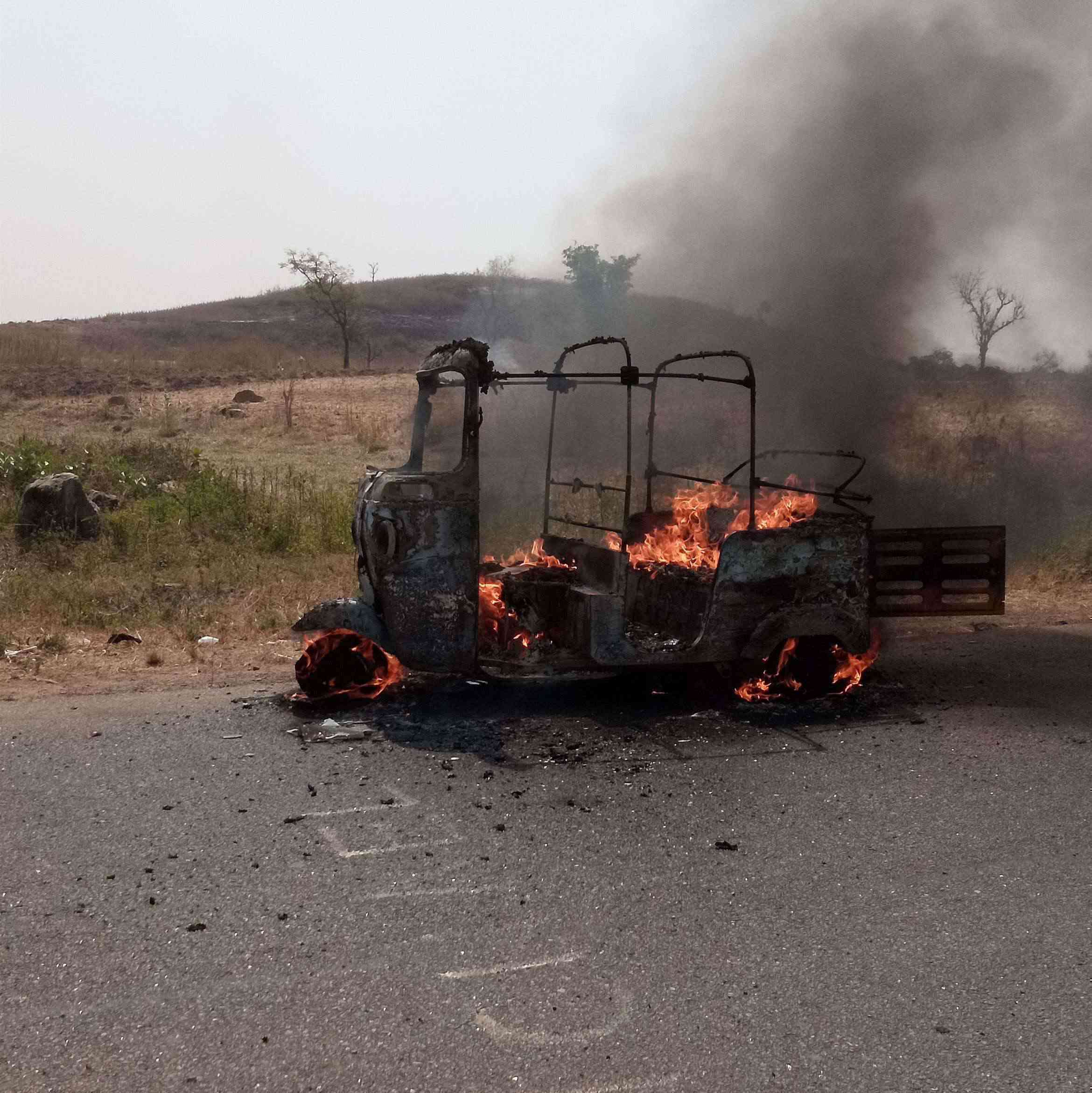 Keke Bursts Into Flames Near Hostel